Questions to Ask Yourself Before Moving in With Your Boyfriend

If you're planning on moving in with your boyfriend, it makes sense to wonder if you're doing the right thing. It doesn't matter if the relationship is perfect - the transition from being together to sharing a home can make even the happiest couples nervous. That's why it'd be good to answer some questions for yourself and be certain before jumping in. 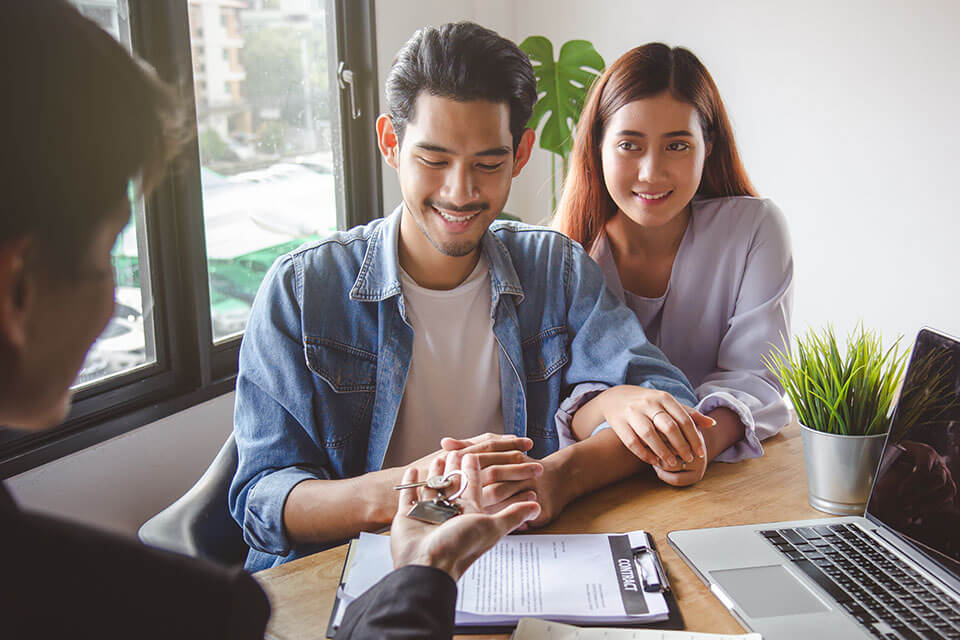 The Main Thing to Ask Yourself Before Moving In With Your Boyfriend - Are You Doing It For the Right Reasons?

For many people who wish to plan a move to another city with their significant other, the answer to the question of why they want to do it tends to be: "I am moving in with my boyfriend so we could always be together." While this reason sounds romantic, it's not that realistic. No matter how in love you are, once you start living together, you'll see all the sides of them that you haven't before, and they'll see those sides of you.

This is why it's crucial to be completely honest with yourself and your partner about this relocation. If your only reason is so you could always be together, you'll soon find that you can't stand being in each other's presence anymore. However, if you're both comfortable with yourselves and each other in every aspect of your relationship, then you can feel free to open up an app to compare moving companies and start researching relocation hacks.

Ask Him the Same Questions You Ask Yourself

The most important relocation tip is to communicate with your significant other openly and without judgment. If you suggest cohabitation, don't force it on him, but ask for his thoughts on sharing space. If your partner doesn't want it yet, try not to fall into the trap of thinking they hate you or don't want to be with you.

Some people value alone time and independence more than others, so if your significant other is like that and you don't know that about them yet, it's probably too early to talk about cohabitation in the first place. If you are wondering, "how long should I wait to move in with my boyfriend," it's best to do it when you both feel comfortable enough to be yourselves in each other's presence. 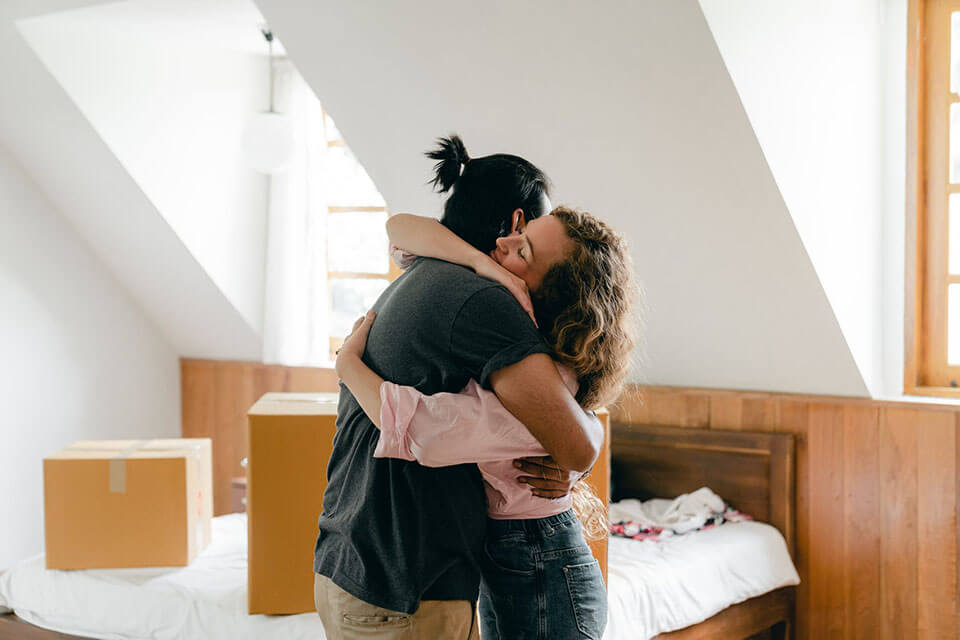 Do You Think You'll Communicate Better When You Move In Together?

Even before you research how to move in with your boyfriend and do it, there's stuff that requires coordination, like what to get rid of when relocating and what to keep, creating a relocation to-do list you'll both follow and respect, and even agreeing whether to pack to move in a hurry or to simply give into taking it slow. If you manage to communicate and compromise effortlessly before the move, hopefully, the case will be the same for the time you spend living together.

It may be a bad sign if you start disagreeing with each other as soon as relocation planning starts. If you take away any of our tips for moving in with your boyfriend, it would be to always be open and honest throughout the process.

Moving In Together Can Boost the Relationship

People also wonder does moving in ruin a relationship, and what time is moving in with your boyfriend too soon, but that's completely subjective. While some couples prefer equally spending time together and apart, others would much rather be inseparable. So, for you, how well you adjust to cohabitation will be determined by the relationship you've already built. That's when you'll also have the answer to the question is it a bad idea to move in with your boyfriend.

To have a stress-free relocation, it's important to have stress-free communication and not to take the entire process too seriously. Living together should be all about having fun while entering a new and exciting stage of life, so there's no reason why you should think something so cool could ruin what you have with your significant other.

Will the Move Make a Difference In How You See Him?

Wondering if someone will just change in your eyes the moment you start sharing a home is another normal and common thing, but it rarely worries people who have faith in their relationship and partner. When you try to organize your move, and your significant other doesn't wish to help or give answers about any of your relocation-related questions, you're bound to feel lonely and like the whole idea is one-sided.

After that, if you still move in together, you might just end up seeing your boyfriend differently, and even perhaps with some anger and resentment. The relocation stress will transfer to the period afterward; there's no doubt about it. Talk to him and ask if he still wishes to live with you; otherwise, it's bound to hurt your feelings if you sweep the problem under the rug.

When to Leave Behind the Idea of Living With Your Boyfriend

Before you start making a packing list, look at the entire situation from afar. If you start doubting the move, it means you're having second thoughts, typically because your boyfriend isn't being helpful or doesn't seem like he wants to move in.

However, before relocating, the red flags you should look out for and pay attention to could save you lots of money and trouble. Some of them are:

●     He avoids relationship and relocation-related questions,

●     He doesn't talk about money and financial responsibilities,

●     Your ideas of the future don't match (or he doesn't see you two living together when he mentions the future,)

●     He expects you to take care of the house when you move in,

●     Your lifestyles are almost entirely different,

●     You relocate in hoping your boyfriend will change his lifestyle. 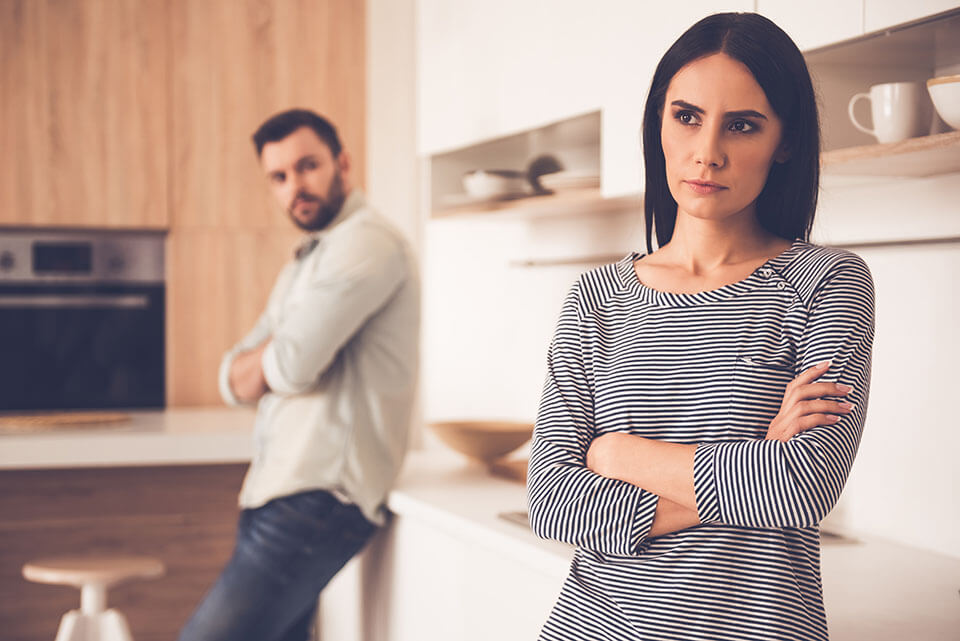 Among the most important things you need for your first apartment, a will to clean up and be on schedule with chores is crucial. They're not exactly material things to bring to your new place, but they're sure to make you fight and argue with your boyfriend if he doesn't pull his weight around the home. If he didn't clean up his place by now, it's not necessarily true he would keep up with that behavior when you start living together.

If he really wishes to live with you, but you know he's messy and irresponsible, why not ask him if he's prepared to change those habits so you both could be happy? In return, you can offer to change something about you that annoys him so the exchange could be equal. It's what to expect when you move in with your boyfriend - some people are messier than others and don't see a problem with that. So, one of the relocation essentials is to reach an agreement about who will do what at home to make it a liveable space. 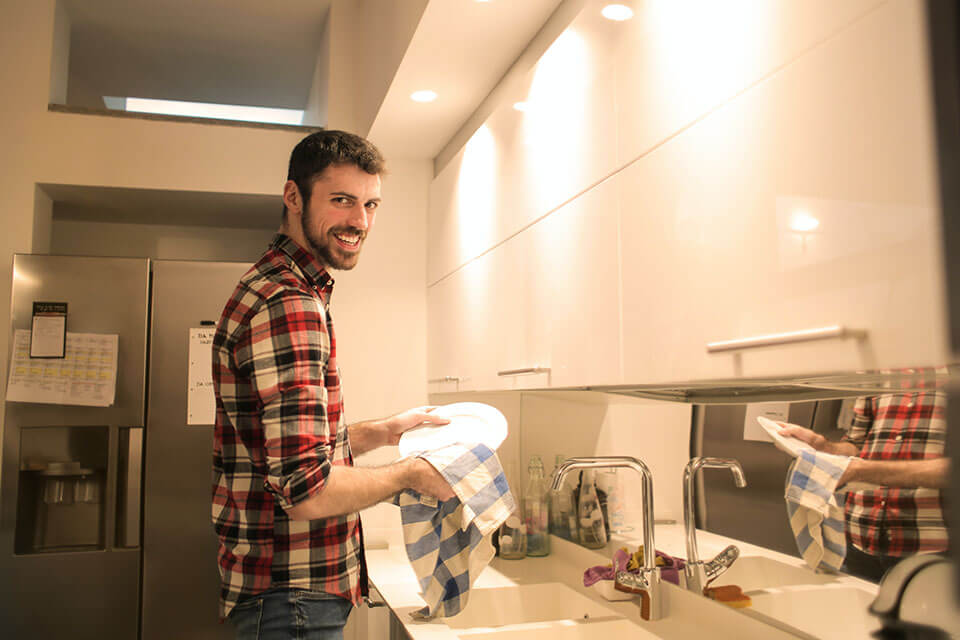 Will You Be Able to Handle All the Things That Come With Sharing a Home?

When you move out for the first time, there will be stuff your boyfriend does that you knew would happen but weren't quite prepared for, like different bathroom manners, cleaning habits, eating ways, and all other intimate things a person does when it's just them. The first few weeks (or months, even) of cohabitation will have you feeling anxious about relocating, but those are just nerves.

When you push through, talk it out whenever necessary, and get used to each other's habits, it is the moment real life together begins. Put patience and tolerance on your moving in with boyfriend checklist on time. Otherwise, you'll be making a relocation mistake by expecting your man to do everything the same way you do. Everyone is different, of course, but it matters that you know your loved one's habits so you can prepare well. 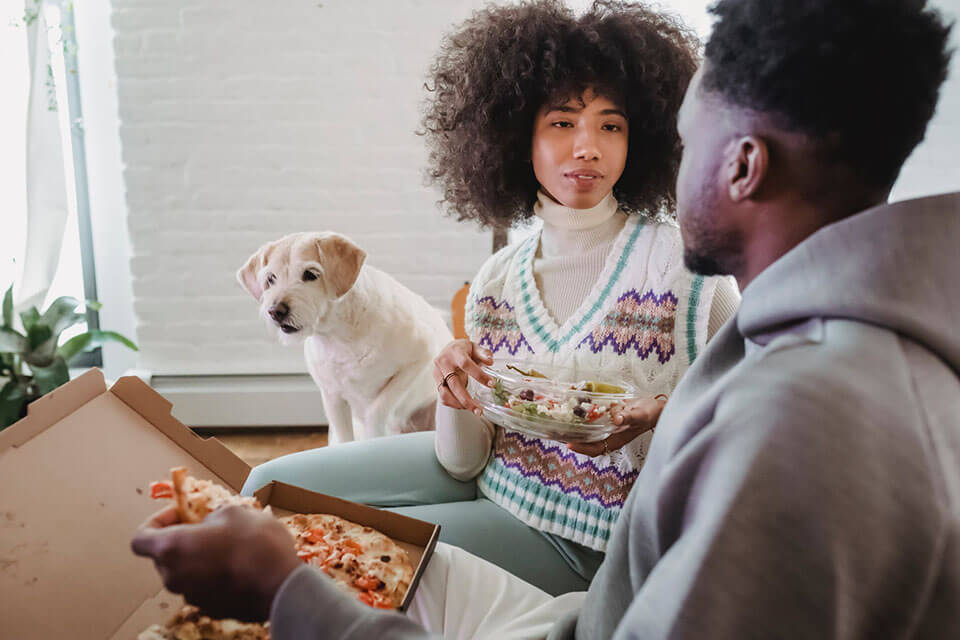 You'll Have to Handle Money Talk More Often Than Before

One thing that's for sure is - there will be tough times when it comes to money. It can start by just discussing how to save money to move and hiring moving companies, but later on, it'll get more intense when bills and mortgages start piling up. You can divide responsibilities and decide who pays what, but you can also split the entirety of your bills in half and chip in at the end of the month.

Many couples argue about money, and those can be some of the most intense arguments during your time together. You need to be sure there's always communication about your funds, so the fights don't happen so often. Whether you're a spender and your boyfriend a saver, there are numerous ways to stop fighting about money. They can be weekly or monthly meetings to organize your finances, a joint savings account to help you when times get tough, and a backup plan if something unexpected happens. 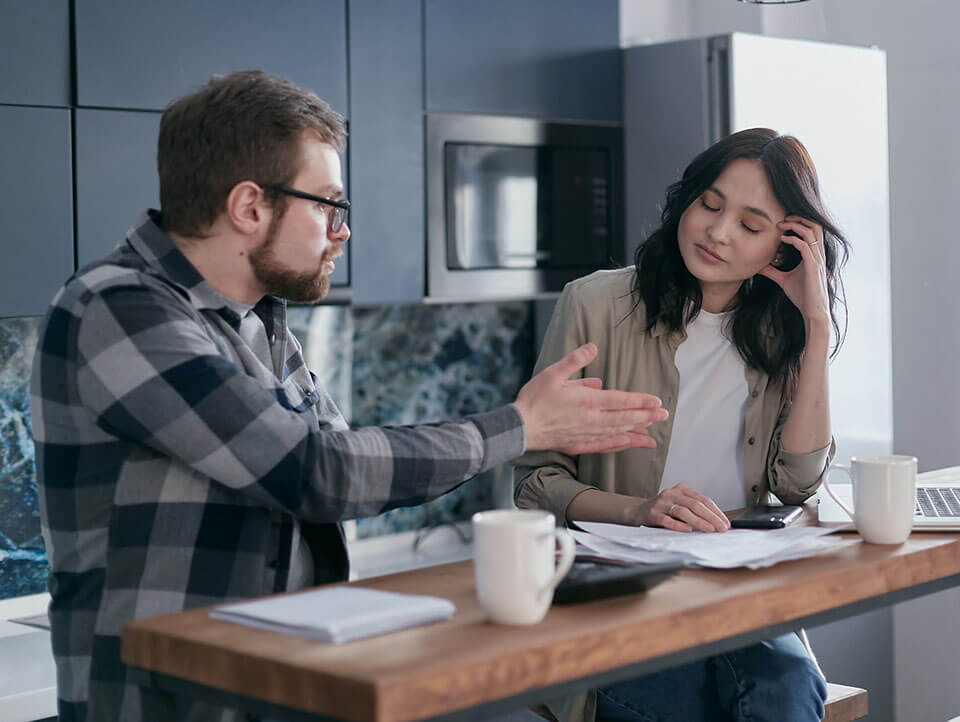 Ensure You Maintain Independence (and Allow Him to Have His)

The last thing you need is to have moved in with your boyfriend and are not happy where you are at the moment. You may have compromised on downsizing for a move and ultimately deciding where to live, but that stuff can't make you happy if you remain dissatisfied. This happens to many people who one day realize they're living through their partner; anytime you're not together, it seems like you don't know what to do.

Don't allow this to happen to you - keep your old interests and hobbies besides introducing new ones. Be on your own once a week, make friends with similar interests, and don't stop being independent. If you wish to have your old habits, you'll have to accept your significant other's habits, too. It's vital to have lives outside of your little couple's oasis because you'll continue to like each other that way and won't risk having resentment. 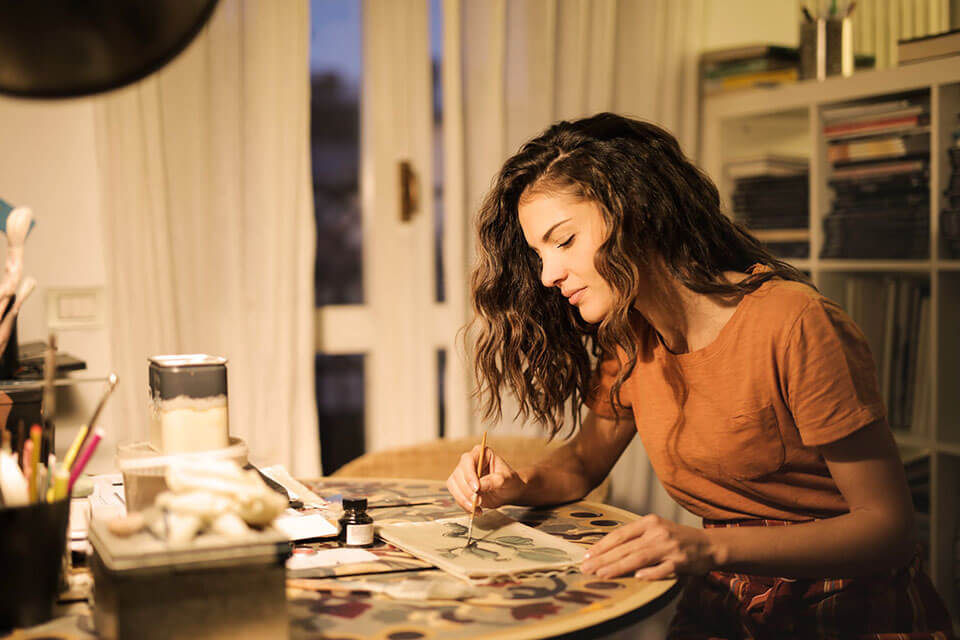 If You've Made the Decision to Live Together, Use an App for Moving to Find Good Help

If you're finally set on relocating and wish to learn how to move efficiently and plan out the perfect relocation budget, you both could benefit from using a moving app. The most important features of a moving company app are the comparison of costs and services, so you can quickly pick out movers for everything you need. Our app, Mod24, is the prime example of how efficient and fast scanning relocation companies can be. That's why contacting us should be high on your list of priorities for this move.

When you decide to move in together, you can find the place and relocation company that makes you happy and start planning to personalize your new, shared space. The best part is that the first few weeks after settling in will feel like the first weeks of the relationship, so get ready to feel the rush of the honeymoon phase again.