Want to find out about moving in Lynnwood?

Finding the right Lynnwood movers doesn't have to be complicated. Whether you're moving across the country or local, Mod24 will provide you a list of all the best companies that suit your needs. Our online platform enables you to easily compare prices and customer reviews between individual professionals, which will help you make the best choice for your hard-earned cash.

Use Mod24 to Find the Best Movers in Lynnwood, WA

Relocations can get pretty stressful at times, but luckily, hiring a professional mover can make the process feel almost effortless. However, with so many new businesses entering the market, it's only becoming harder to get a good moving company that suits all your requirements. That's only because you haven't used Mod24. Our online platform enables you to find all of the top service providers in your area. All you have to do is make an online account and enter some necessary information, such as your desired moving date, current location, and future address. The system will do all the work for you, providing you with a list of all available movers that suit your criteria.

While It's no surprise that individual companies may have very different fees, nobody likes to overpay for anything that they can get for a much lower price. Fortunately, one of the key Mod24 features allows you to request a free quote from several movers at the same time, all in one place. Comparing prices is particularly useful when you're on a budget, as it enables you to get some professional help without having to spend a lot of money.

Comparing reviews between individual companies has never been easier. Even though all service providers on Mod24 are certified, customer feedback can be especially valuable when you need to narrow down the list of businesses you'd consider hiring. Reviews are just another easy way to verify whether the company has everything you're looking for.

Mod24 Enables You to Track Your Shipment in Real-Time

Hiring a professional mover has a lot of benefits. When relocating locally, a moving company can provide you several useful services: 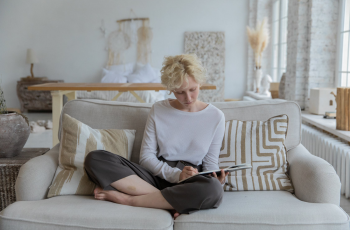 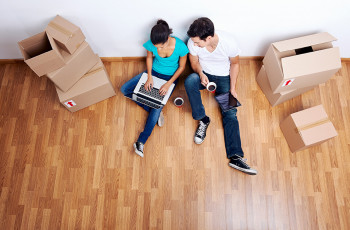 The Ultimate New Apartment Checklist - A...
Every move is complicated, but when you are moving to a new place, you require a lot of items for an apartment. To lessen your troubles, we are here to offer a comprehensive&nbsp;new apartment checkli... 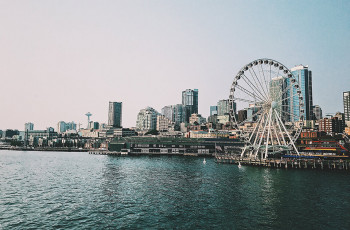 Things to Do in Each Seattle Neighborhoo...
If you've recently moved to or within Seattle, Washington, you're probably going to want to explore your new surroundings. Lucky for you, the options are seemingly endless, and there are plenty of thi...

Lynnwood is located about 16 miles north of Seattle and 13 miles south of Everett. It's the 4th largest city in Snohomish County, mostly serving as a bedroom community for the nearby cities. Most of the residents work out of town, as the nearby Interstate 405 and Interstate 5 allow a much shorter commute time. The community is one of the most diverse in the state, with substantial Asian and Hispanic minorities. Despite having plenty of amenities, including many retailers, local real estate prices and rent remain relatively affordable.

It Has One of the Largest Concentration of Stores in WA

The city's commercial and retail corridor known as the "Lynnwood Triangle'' is bordered by Interstate 5, Southwest 196th Street, and 44th Avenue West. Since the 1980s, this area has been purposed as the city center, and some plans even included the light rail station surrounded by high-density development. Today, it's one of the busiest parts of the city, having one of the region's largest concentrations of retail stores. Most of the businesses are anchored by the regional Alderwood Mall, with plenty of individual shops in the streets next to it. You can find some of the biggest retailers here, including Macy's, Pottery Barn, Costco Wholesale, Target, Best Buy, Apple, and many others. If you get tired of shopping, you can always take a break at one of the coffee shops or even get a tasty snack from a nearby bakery.

Short commute times are one of Lynnwood's main strengths. The city is positioned at the northern junction of Interstate 405 and Interstate 5. As these are the two main north-south freeways in the whole metropolitan area, locals have quick access to all major points of interest in the Sound. Getting on I-5 will enable you to get to Downtown Seattle in less than 25 minutes, while the I-405 can take you to Bellevue in less than half an hour.

Fortunately, you can quickly get around the whole metropolitan area even if you don't own a car. The city's public transportation is provided by two major transit authorities, with bus service being mostly concentrated at hubs like Edmonds College, Ash Way Park and Ride, and Lynnwood Transit Center (LTC). Community Transit operates all local routes, while Sound Transit is responsible for all-day express services. These routes include quick, 28-minute trips to Downtown Bellevue and 33-minute trips to Downtown Seattle. Sound Transit will also begin to operate Link light rail service to LTC in 2024, which will connect it to the capital's center, Bellevue and Redmond. There are also plans to extend the light rail north to Downtown Everett, though this won't happen until 2036.

Minorities Make up a Significant Part of the Community

The local community is very racially diverse, with Niche ranking the city as the 13th most diverse suburb in Washington (out of 184). While the White race is still the largest group (53%), other minorities also make up a significant part of the population. Representing 18%, Asians are the second largest group, followed by those who identify as Hispanic or Latino with 15%. African Americans make up about 7%, while 6% of all people are mixed race. Finally, Hawaiians and other Pacific Islanders represent about 1%.

Lynwood's Renting and Real Estate Costs Are Cheaper Than Seattle's

Let's go over Lynnwood's real estate prices. The median home price of $300,400 is about 38% lower than Seattle's $484,600, which easily makes it one of the more affordable suburbs. Renting is also inexpensive, as the median rent cost of $1,050 per month is 16% lower than the capital's $1,250. Similar to Seattle, the number of owner-occupied properties is about the same as the number of rented units.

Like Other Suburbs, the City Offers Plenty of Outdoor Activities

Similar to other suburbs, the city features numerous outdoor opportunities. Its 19 parks cover over 350 acres of open space, with 14 miles of recreational trails. You'll also find plenty of recreational facilities, including a skate park, golf course, and sporting fields.

Compared to doing it on your own, Mod24 can help you have a stress-free moving experience. The platform's numerous customer-friendly features, such as freely available and reliable quotes and reviews, allow you to sort through the list of all available companies, enabling you to find a mover in WA that's just right for you. Contact some professionals, get the first free quote, and you can finally have the satisfying relocation you deserve.