Want to find out about moving in Bellevue?

Are you looking to move to one of Seattle's biggest cities? With Mod24, finding reliable Bellevue movers is easier than ever before. Its many features allow you to easily contact professional relocation companies, compare prices, track your shipment, and more. Mod24's primary goal is to create a much more accessible customer experience. Here are a few reasons why relocating here is an excellent choice, and how to find top professionals to help you with your move.

Why Is Moving to Bellevue, Washington a Great Choice

Being one of Seattle's largest suburbs comes with plenty of perks and opportunities. With the rapid development, robust economy, highly-rated schools, and great neighborhood options, the city is becoming one of the top places to work and live in the US. Here are some things to know before you decide to move here.

The Cost of Living Here Is High, But So Are the Wages

The cost of living is one of the most important things to consider when relocating here. Due to strong demand and excellent job opportunities in the area, Bellevue's housing expenses can be significantly higher than the US average. An average home in the city cost about $608,500, which is high even compared to the rest of Seattle. Luckily, the average rent is more affordable and costs about $1,600 a month. Interestingly, around 56% of residents here own their homes even with the more expensive home prices.

Unlike the rest of the US, you don't pay a personal income tax in Washington state. Instead, companies are required to pay a business and occupation tax based on their product's value and sales number.

The city's Downtown is the second-largest business center in Washington state, employing over 45,000 individuals in over 1,300 companies. This makes Bellevue one of the state's wealthiest cities, which reflects on both its living expenses and median income. Residents that own their homes have an average income of $122,000, higher than Seattle's $111,500. People who rent have substantially higher disposable wages, about $81,000, compared to $51,000 in Seattle.

The city is continuously ranked as one of the top places to live in Washington and the US overall, especially for young working professionals. Some of the biggest companies that have their headquarters in the city include T-Mobile, Valve, and PACCAR Inc.

According to multiple sources, the city's school system is one of the best in the US. Many outlets cite Interlake, Newport, and Sammamish High Schools as some of the best in the nation, with International School being among the top choice schools. The great educational system and the lower crime rates make the city one of the top places for families in the state and the nation overall.

Top Bellevue's Neighborhoods to Live in

If you're searching for a place in the city for the first time, and you're unsure which neighborhoods to check, here are a few great choices: 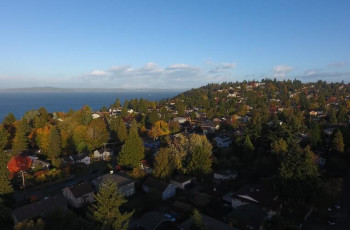 4 Best Affordable Seattle Suburbs to Liv...
Are you considering settling somewhere around Washington State's Emerald City? If you're looking for a reasonable cost of living and diverse housing options, consider affordable Seattle suburbs. Those... 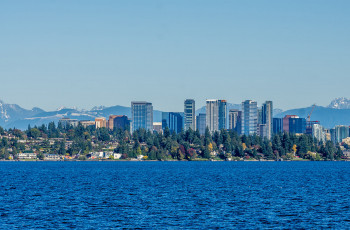 Ultimate List of the Best Suburbs of Sea...
Living in one of the best suburbs of Seattle doesn't have to be a dull experience, with no social life and happenings - on the contrary. Some of the suburbs offer fantastic nightlife, shops, restauran... 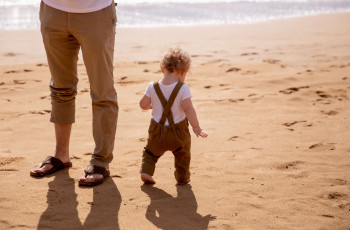 Looking for the Best Neighborhoods in Se...
Are you moving with your little ones to the Emerald City? Even though it is known as a bustling metropolis, it is also a great family-friendly place. We have selected a list of the best neighborhoods...

Need a Relocation Service? Get a Quote From Reliable Bellevue Movers on Mod24

Whether you have a long moving history or relocating for the first time, a move may become stressful even when done locally. One of the smartest things you can do to make the process less difficult is to hire a Bellevue moving company. With many companies on the market, finding a good reliable mover is often unnecessarily complicated. Luckily, if you're looking for a way to quickly sort through all potential companies, their services, and compare prices, Mod24 is here to provide all that and more.

Numerous predicaments plagued the relocation industry for years, taking a heavy toll on its reputation. These issues had to be resolved sooner rather than later, so a group of individuals decided to do something about it. Years in the field and extensive research enabled us to create Mod24, an online platform dedicated to modernizing the relocation process. By implementing many convenient features, we aim to make the relocation experience accessible for both clients and service providers.

How Does Mod24 Work?

Since the start of the 21st century, the rapid development of IT has brought several benefits to numerous industries. Many things that used to be a nuisance, such as paying bills or ordering items, can now be done with a simple swipe of a finger. We wanted our customers to have quick and easy access to all of our platform's features. After you create an account online, all you have to do is enter some necessary information, like your relocation destination, current address, and the move date. Based on the data, the system generates a list of all available moving companies.

Why Look for a Mover Through Mod24?

Looking through multiple websites for movers in Bellevue, WA, becomes tedious very quickly. Not only is this time consuming, but also quite inconvenient, since you'll need to spend hours on end calling each company. Not only that, but the customer service agents will often give you a quote that is well above your projected budget. Having all the verified reliable relocation companies in one place is the primary way Mod24 makes the whole process easier. By using the platform, it won't take long to sort through potential service providers for the specific dates and locations you've entered.

What Are the Most Important Mod24 Features?

Besides the ability to sort through your search results, Mod24 offers many more features that will allow you to pick the most affordable and best options on the relocation market. Besides generating a list of all available professionals in your area, Mod24 enables you to compare prices between different companies, allowing you to control your finances better. You can also check reviews left by previous customers. After you book a mover online, track your shipment throughout the whole process.

How to Compare Price Rates Between Different Movers?

The ability to compare service prices between different relocation companies is one of our most-used features. Every single company might have a different pricing model. To choose the option that suits your budget the most, compare prices by getting a free quote from a few companies. You only need to enter some necessary information and follow simple instructions. After you've found an option that suits you, contact them, and make arrangements for your relocation.

What Services Can I Get From Moving Companies in Bellevue WA?

Relocations take a lot of time to prepare. If you ever tried to DIY from scratch, you know that it'll take you weeks to do everything right, even with careful planning. Luckily, you always have the option of getting some help from industry professionals. Depending on the specific company's features, and the nature of your move, there a few relocation services you can get:

How Is Mod24 Going to Overcome the Biggest Moving Industry Challenges?

According to AMSA, about 7,000 moving companies provide relocation services to over 15.3 million US households each year. Due to growing demand, the occurrence of relocation fraud has increased dramatically over the years. One of the biggest challenges the moving industry has to overcome is the impact of unprofessional, inexperienced, and scammer companies. These have significantly damaged the industry's overall reputation, causing many potential customers to hesitate to hire professionals in the first place. To mend the public view of the industry, Mod24 only lists legitimate professional relocation companies. Every mover on our platform underwent a verification process, so you can rest assured that you'll only be getting the best professionals in the business.

Can I Track My Relocation by Using Mod24?

Many people want to know where their belongings are after the relocation starts. Shipment tracking is one of the most convenient features enabled by the technological revolution. With the help of sophisticated GPS systems, we have enabled real-time shipment tracking on our platform. If they don't want to search manually, customers also have the option to receive automated updates about the shipment status via email. With Mod24, you'll always know where your stuff is currently located, which allows you to plan the move-in date.