Want to find out about moving in San Francisco?

According to official census data, about 10% of Americans move each year, so if you're planning on hiring professional San Francisco movers, you better start the search early. Although numerous moving companies in California can provide you with all the necessary services, finding the one that suits you just right is not an easy task. If you're unsure where to look, try using Mod24, a moving app that gives you access to all the best movers in the Bay Area.

SF's status as the cultural, business, and financial center of the West Coast cannot be denied. Besides being the crown jewel of the Golden State, it's also among the most desirable cities for young professionals in the country. Numerous people move here every year either looking to start their careers or simply to enjoy the city's excellent amenities.

The local communities are very diverse, predominantly liberal, and accepting of anyone who wants to join in on spreading joy and peace. It's also a very healthy place to live, and thanks to the Bay's unique weather conditions, it has excellent walkability throughout the year.

Although Local Real Estate Can Be Pretty Expensive, Renting Is Still Relatively Affordable

It's no secret that the city's real estate market has some of the most expensive housing in the state and the country overall. According to Niche, almost 80% of the properties cost over $750k, so it's not surprising that it has a median home value of $1.1 million. However, if you look hard enough, you can still find a relatively affordable home, as 16% of all listings are in the $400-$750k range.

The median rent price of $1,900 is significantly more affordable, making it an ideal option for students and college graduates relocating to the city. Almost half of rentals are listed at $2,000+ per month, but you can find as many apartments in the $500-$1,999 price range. Since renting is a much cheaper option, it's not surprising that only 38% of all households are occupied by their owners.

While it might not be evident at first glance, the city is the leading business and financial center in Northern California. According to the Bureau of Economic Analysis report for 2019, the county alone had a GDP of $203.5 billion. Although the nearby Silicon Valley often overshadows it, numerous companies have their headquarters in SF. These include some well-known platforms and brands such as The Gap, Levi Strauss, Fitbit, Twitter, Airbnb, Reddit, Yelp, Pinterest, Mozilla, Craigslist, Wikimedia Foundation, Uber, and Lift.

All of this means that you shouldn't have a problem finding a job in the tech and software development industry, as well as business, financing, and education. The city's economic status is best described with the median household income of $112,500, one of the highest among all the country's major cities. The higher annual salaries also make the real estate prices somewhat more affordable overall.

Besides being crucial for Northern California's economy, SF is also known for being the center of art and culture in the region. The SF Museum of Modern Art, Japanese Tea Garden, Golden Gate State Park, de Young Museum, and Exploratorium are excellent places you can check out, and you'll just be scratching the surface of everything the city has to offer. While millions of tourists visit its famous landmarks such as the Golden Gate Bridge or Alcatraz Prison, each of its numerous mixed-use neighborhoods has a story of its own. The Painted Ladies are the perfect example of the city's cultural heritage, and you can find many more similar examples of Victorian architecture just by exploring the city.

Diversity is one of the first words that come to mind when talking about the city's residents. Looking at the demographics, we can see that SF is one of the most diverse cities in America. While 41% of all residents are White, Asians represent 34% of the city's population. In fact, the SF Chinatown is the oldest on the continent and second-largest outside Asia. It also has the largest and oldest Japantown in the country. We also have to mention the Latino community, who make up about 15% of the population, and the Black community, representing 5%.

We also can't talk about diversity in SF without mentioning its vibrant LGBTQ+ community. It's often described as "the original gay-friendly city" due to its essential role in the history of the gay rights movement. With numerous events attracting millions of visitors every year, it's becoming one of the most popular LGBTQ+ tourist destinations, often referred to as "the gay Mecca" or the "gay capital of the world". It's estimated that at least 6.2% of the city's population is a part of the community, more than in any other metropolitan area.

The Weather Conditions Are Mostly Consistent, Providing Plenty of Sunshine Throughout the Year

The warm Mediterranean climate is another reason why many people choose to live here. Although the landscape and the ocean influence can create a fog that sometimes covers the entire Bay Area, the city still has about 260 clear sunny days every year. Furthermore, while the relative humidity is high, there's very little rain throughout the entire year. Winters are mild, summers are dry with only slight temperature variations, similarly to other places on the California coast. Unlike other major US cities, the summer temperatures are on average around 65°F, with September and October being the warmest months. Overall, temperatures rarely exceed 80°F or fall below freezing levels, making it an ideal place for anyone who can't stand heavier weather conditions.

As over 40% of people get around SF with their car, driving is still the most popular form of transportation. However, as the city offers numerous transportation alternatives, this trend is continuously decreasing. For most of the locals, public transit is a part of everyday life, with over 32% of residents using it to commute to work. This is the largest percentage of public transit users on the West Coast and third in the country.

The SF Municipal Railway (Muni) runs the city's light rail and metro systems, as well as large trolley and bus networks. More than half a million people travel using 69 bus routes every day, while about 150,000 use the light rail system called Muni Metro. It also operates the famous cable cars, a National Historic Landmark, which have been a major tourist attraction for years. If public transportation isn't your thing, you can also get around the city by cycling, and this is just what 75,000 people do every day. For getting around the whole region, you can use the Bay Area Rapid Transit (BART), as it connects SF to many of East Bay's cities, as well as SJ. 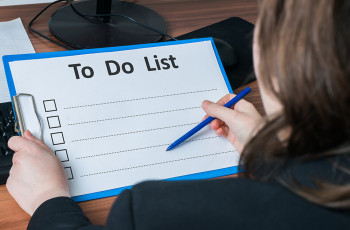 The Only Moving To-Do List You’ll Ever N...
Once you’re certain that relocation around the local area is happening, it is crucial to make a substantial moving to-do list. No matter if you’re planning a small apartment move or you are relocating... 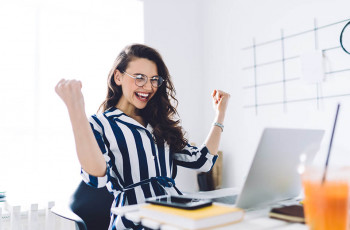 Ingenious Moving Hacks to Make Relocatio...
Planning a relocation is not an easy task, but applying some ingenious moving hacks will make the process a lot less time-consuming. Some of them will help you save money on supplies, while others sho... 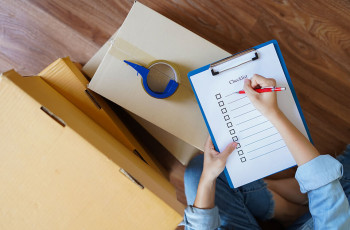 A Complete Guide to Creating a Moving Bu...
Are you preparing yourself for a local move and want to plan a moving budget in order to stay on track with your finances and don't overspend on the upcoming relocation? There is more than one thing y...

Organizing a move by yourself will require a lot of time, especially when relocating out of state. If you want a stress-free experience, hiring the best movers in San Francisco should be your go-to option. However, with so many companies out there, most people simply don't know where to start looking. If you're having trouble finding the right service provider, you've come to the right place. Mod24 is an innovative app for moving companies in San Francisco, allowing you to find a mover that suits all your needs. The platform's cutting-edge features are very easy to use, providing you with some of the most customer-friendly relocation services on the market.

You don't have to be a tech enthusiast to learn how to use Mod24, as the registration process is fairly simple. When creating your online account, you'll need to enter a few bits of information, like the current and future address, as well as the date on which you'd like to move. Based on the things you've entered in the search bar, the platform will generate a list of potential companies you can hire.

Use the App to Compare Prices Between Several San Francisco Movers

Although it's normal for different professionals to have unique rates, it's never fun to learn that you've overpaid for a service you could have gotten at a much more affordable price. That's why one of the key Mod24 features gives you the ability to compare prices between several companies, allowing you to choose a company that best fits your budget.

Besides the ability to compare prices, Mod24 also enables you to compare customer reviews easily. The most important thing to note here is that every single mover on the platform has been verified, meaning you'll have zero chances of meeting a scammer. The feedback can be very useful when choosing who to hire. Depending on the nature of your relocation, you may want to pick a company that's better at providing specific moves and services you require.

Another feature we have to mention is our state-of-the-art GPS, which will enable you to track your shipment throughout the relocation. The good news is that you don't even have to check the app often, as you'll receive automatic email updates as soon as the status of your shipment changes.

The best thing about hiring a professional through our platform is that you won't have to worry about a thing. Whether you're relocating a business or your home, Mod24 allows you to find any service you require. If you're not sure what you need, take a look at some of the most common moving services in San Francisco:

Contact San Francisco Movers Through Mod24 and Get a Free Quote

With Mod24, finding a mover that can provide everything you need has never been easier. The platform's numerous customer-friendly features aim to bring a revolution to the industry, but most importantly, they will allow you to have a much more enjoyable moving experience. Remember to get a free quote from at least three companies before you choose to hire anyone, and your relocation will be good to go.